Warning: "continue 2" targeting switch is equivalent to "break 2". Did you mean to use "continue 3"? in /home/greenst8/public_html/0-HostedDomains/Travelisland/wp-content/plugins/revslider/includes/operations.class.php on line 2862
 The Best 10 Things to Do in Senegal - Travel Island

Total
0
Shares
0
0
0
Senegal’s capital, Dakar, is the westernmost city of Africa, extending out from the continent on the Cap-Vert Peninsula. Almost entirely enclosed by the Atlantic, this former colonial trading post has evolved into a thriving modern city filled with an envious range of landmarks, attractions and cultural sites to keep travellers occupied for days. Here’s 10 of the best things to see and do in Dakar.

Catch some of Africa’s most consistent waves 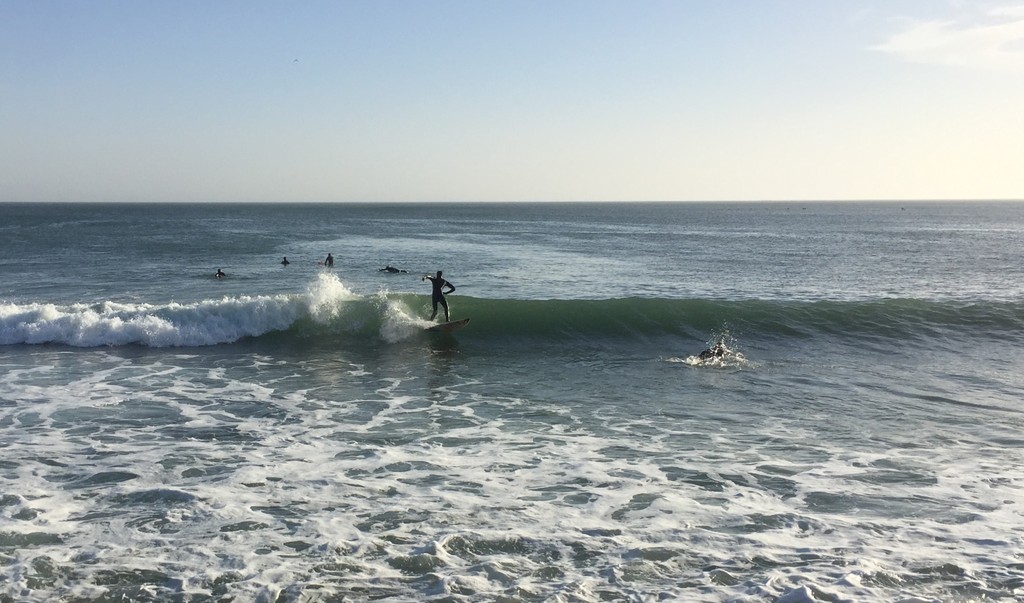 Dakar has long been a secret-surfer’s paradise. A peninsula that catches swells from north and south means locals, expats, and visitors are spoilt for choice when it comes to riding the waves. With around 15 distinct locations within a 30-minute radius of each other, there is a spot for every ability. Learners may want to find their sea legs on the more forgiving beach breaks of Virage and Yoff, while those in the know may take on the more testing rocky reefs of Ouakam and Vivier. With a myriad of dedicated surf hostels, camps, bars, and rental shops dotted around the northern end of Dakar, it’s the perfect place to get your surf on.

Unwind on the beaches of Ngor Island 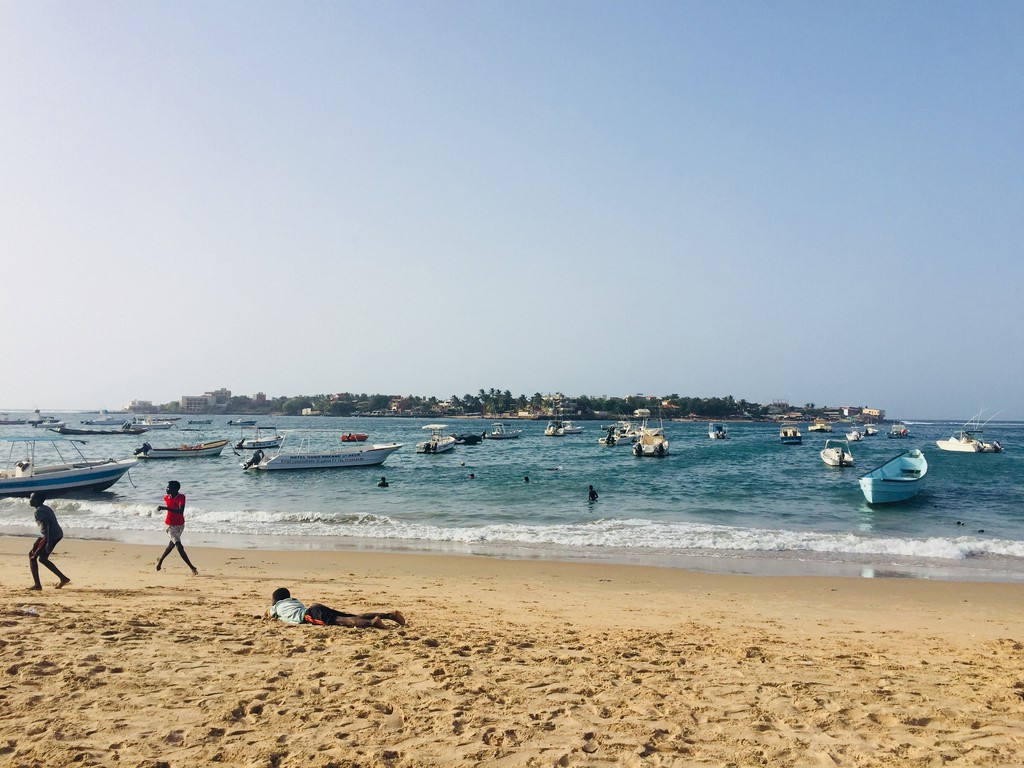 Although the vast majority of West Africa’s capital cities are located on the coast, not many can touch Dakar when it comes to golden sandy beaches. From the endless stretches of Plage de Yoff to tiny coves such as Plage des Mamelles, you’re never too far away from a place to dig your feet in. However, if this was a feudal system, the crown would belong to Ile d’Ngor (Ngor Island). A brisk 400 metre pirogue (fishing boat) ride from Ngor beach, the island feels a world away from the mainland. Home to just 100 permanent residents, the tiny island plays host to a smattering of small beaches and local eateries. Head over for the day, soak up the sun, cool off in the clear water and tuck into some fresh fish on the beach. 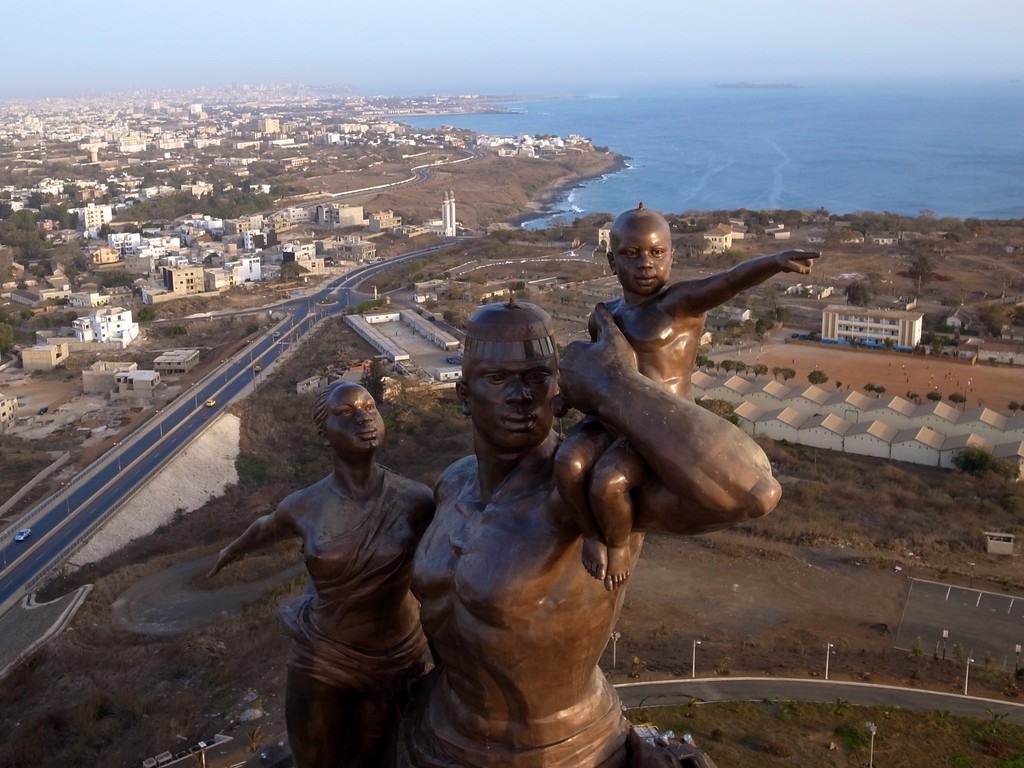 Dakar’s Mamelles (‘breasts’ in French) are two hills on the city’s western peninsula. On one, a lighthouse built in 1864 that has been converted into a stylish restaurant-bar. On the other, the tallest statue in Africa. At 49 metres, the African Renaissance Monument is taller than the Statue of Liberty, and when plonked on top of a 100-metre-high hill, this impressive figure of man, woman and child pointing out towards the Atlantic Ocean makes the perfect spot to use the panoramic setting on your camera. Walk up on a cloudless day to get views across the Cap-Vert Peninsula.

Float on your back in a pink lake 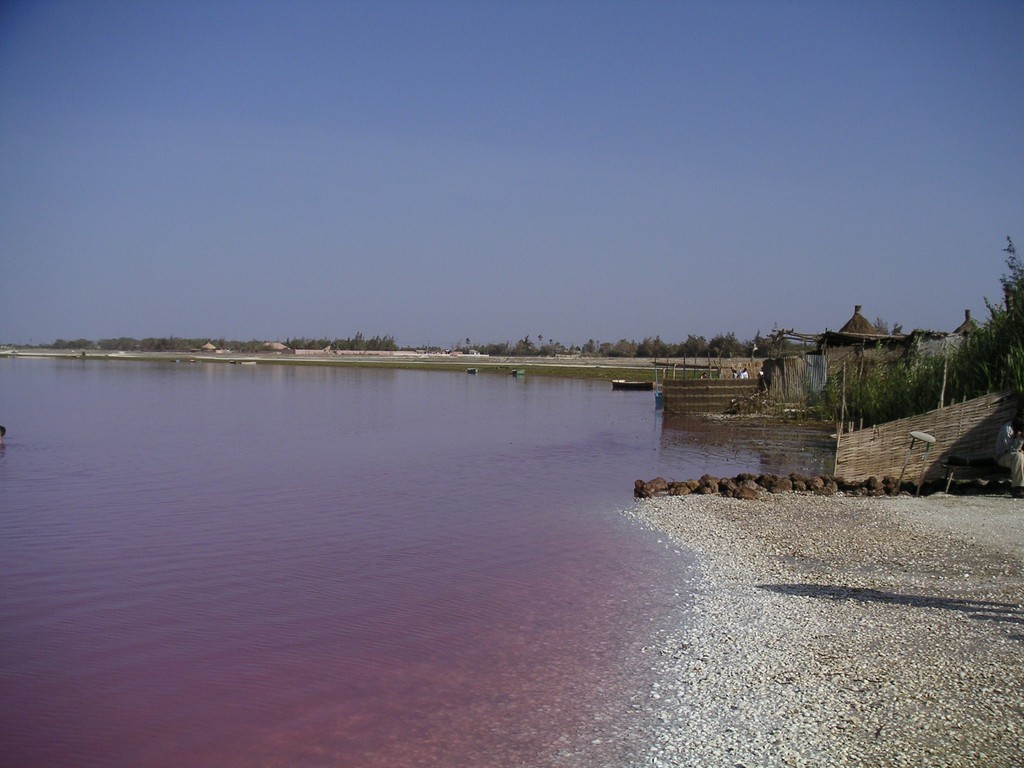 Lake Retba, known almost universally as Lac Rose, is Senegal’s very own Dead Sea. Situated 29 kilometres north-east of Dakar, this shallow lake is so named because its remarkably high salt content turns the water varying shades of pink. What’s more, due to the much higher density of the water, taking a dip is more bobbing like a human buoy than sinking like a stone. Go for the day, settle into a lakeside restaurant, ride a camel or a quadbike on the adjacent beach, and then wallow on your back without the need of an inflatable. 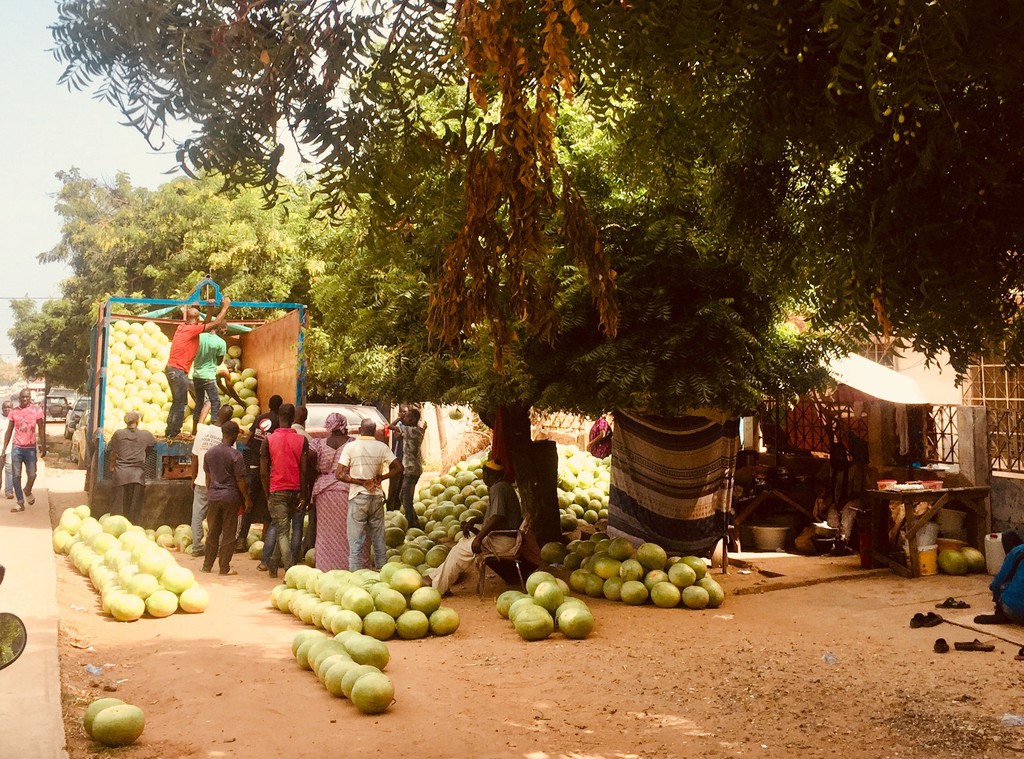 Like most West African countries, Senegalese dishes are drawn from what’s available, so in Dakar’s case that means freshly-caught fish, seasonal vegetables, and the country’s top agricultural export, the humble peanut. With Dakar’s abundant coastline, it’s no surprise that restaurants are flush with the delights of the Atlantic, with thiof (from the grouper family) the national fish. However, you can’t go far in Dakar without seeing three dishes everywhere. Thieboudienne (pronounced Chebu Jen and often spelled differently) literally means “fish and rice” in the local Wolof language. Yassa, a sauce of onions, lemons and garlic, will garnish chicken and fish and is also served in a sandwich. Mafé is a succulent peanut butter-based sauce that is usually served in curry form, with beef, pork, goat, or chicken. And if you’re wondering what everyone is drinking on the side of road, it’s likely attaya (sweet mint tea).

Get swept away by a feast of African art 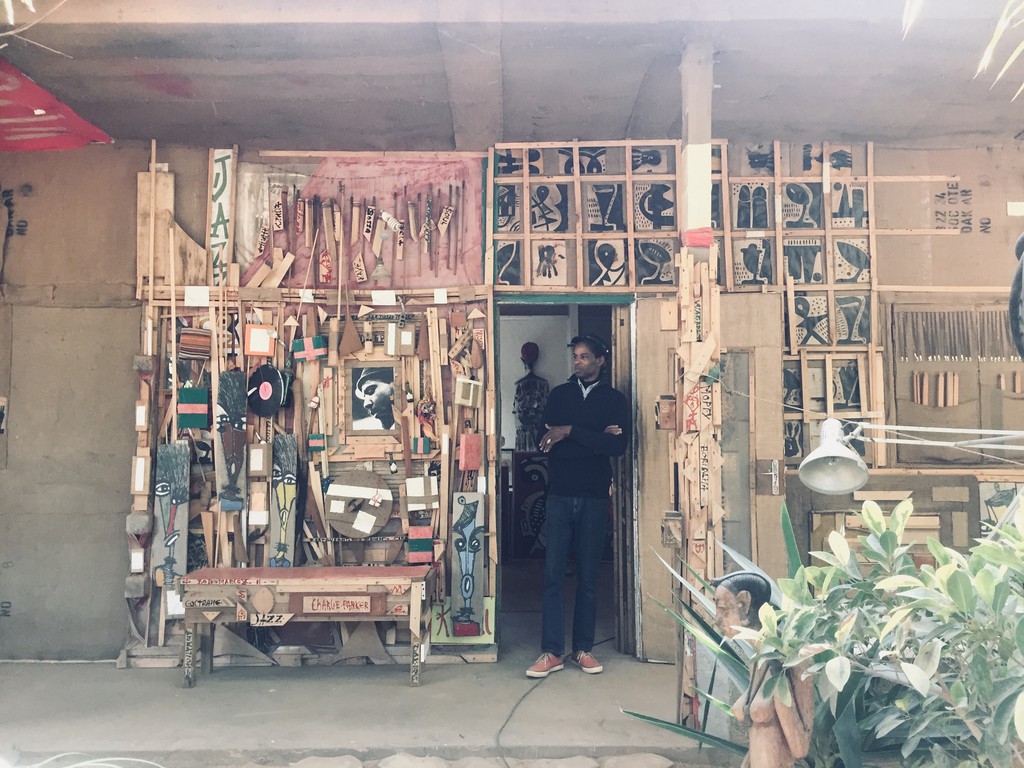 Dakar is a thriving hub for African art, and every two years hosts the oldest and largest contemporary arts show in Africa: the Dakar Biennale. For a whole month (this year it’s between May 3 and June 2), venues across the city showcase some of the best of Senegalese and African art, but don’t think you have to visit during the Biennale to get your fill. Dakar is rife with absorbing museums and abstract galleries, such as the IFAN Museum of African Arts and Galerie Arte in the downtown Plateau area, which offer fascinating insights into the heritage of this ancient continent. If you prefer seeing ‘live art’, then there is no better place than the Village des Arts: a creative space for artists to both work on and exhibit their craft to the public.

Scout out bargains in a local market 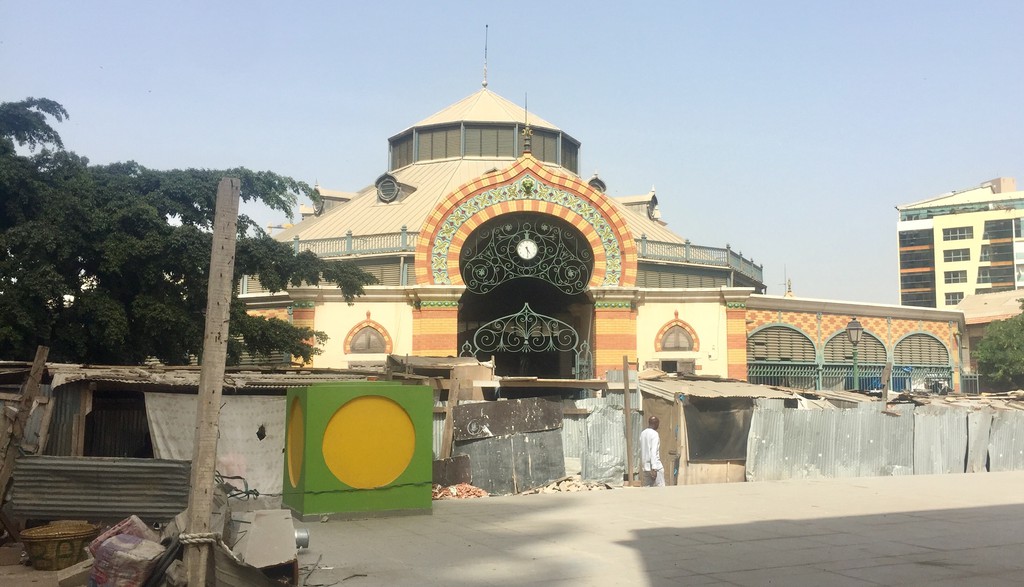 Dakar has been a major trading post for centuries and that mercantile nature has certainly left its mark. Now, there are markets of all shapes and sizes across the city, selling everything from hibiscus and baobab trees, to football shirts and sandals. However, a few specialist markets have emerged, which serve as city-wide nuclei for their respective products. Marché HLM, for example, is favoured by Senegal’s tailors as the hub for fabrics (ideal if you wish to have a suit or dress made-up). Marché Kermel, housed within a kiln-shaped hall, is the go-to for groceries (although, often with tourist prices), while Soumbédioune is a dedicated craft market (the best place for well-made souvenirs). If you’re feeling brave, take on Marché Sandanga, Dakar’s oldest and largest market, where you will almost certainly end up buying something you never knew you wanted.

Get a boat out to Ile Gorée 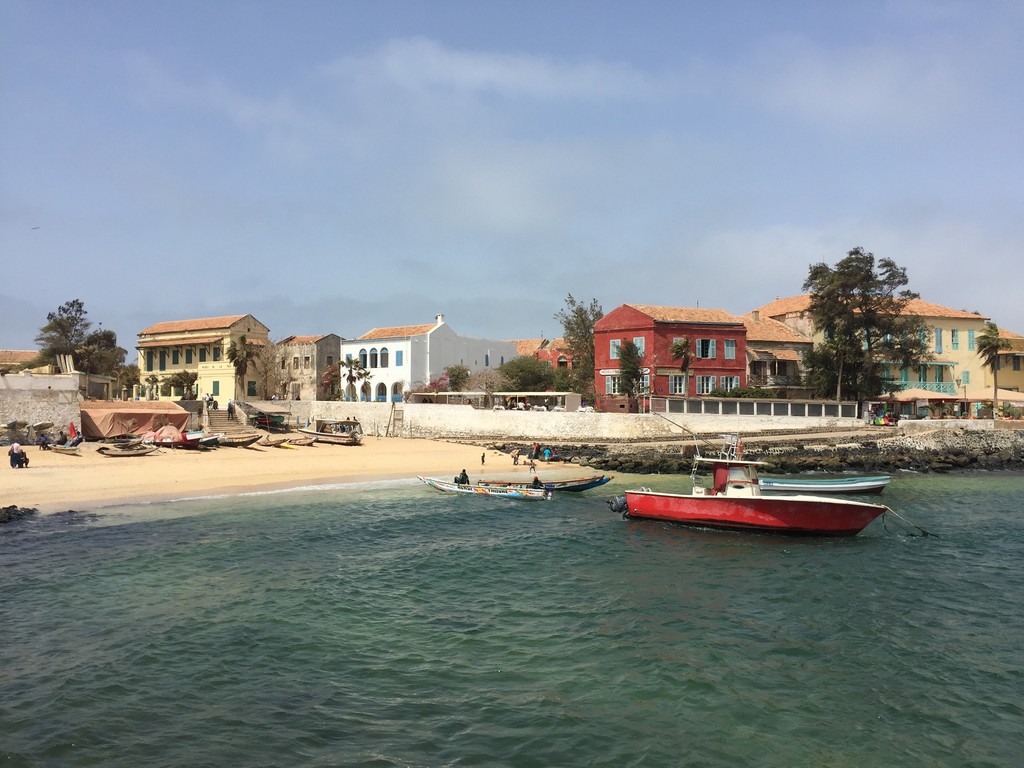 Ile Gorée is often cited as the ‘number one thing to do’ in Dakar, and it’s not hard to see why. Lying two kilometres off Dakar’s south coast, the island is a UNESCO world heritage site, and was the largest slave-trading centre in West Africa between the 15th and 19th centuries. Now it’s a sanctuary of calm, with a population of around 1,500 living in pastel-coloured houses on tranquil cobbled streets. A castle, which served as a WWII outpost, provides fantastic views of the island and downtown Dakar, while visiting the 18th century Maison des Esclaves (House of Slaves) is a must. Established as museum in the 1960s, the sole remaining slave house on the island serves as a harrowing reminder of the brutality, cruelty, and scale of the transatlantic slave trade.

Soak in the beauty of the mosques and churches 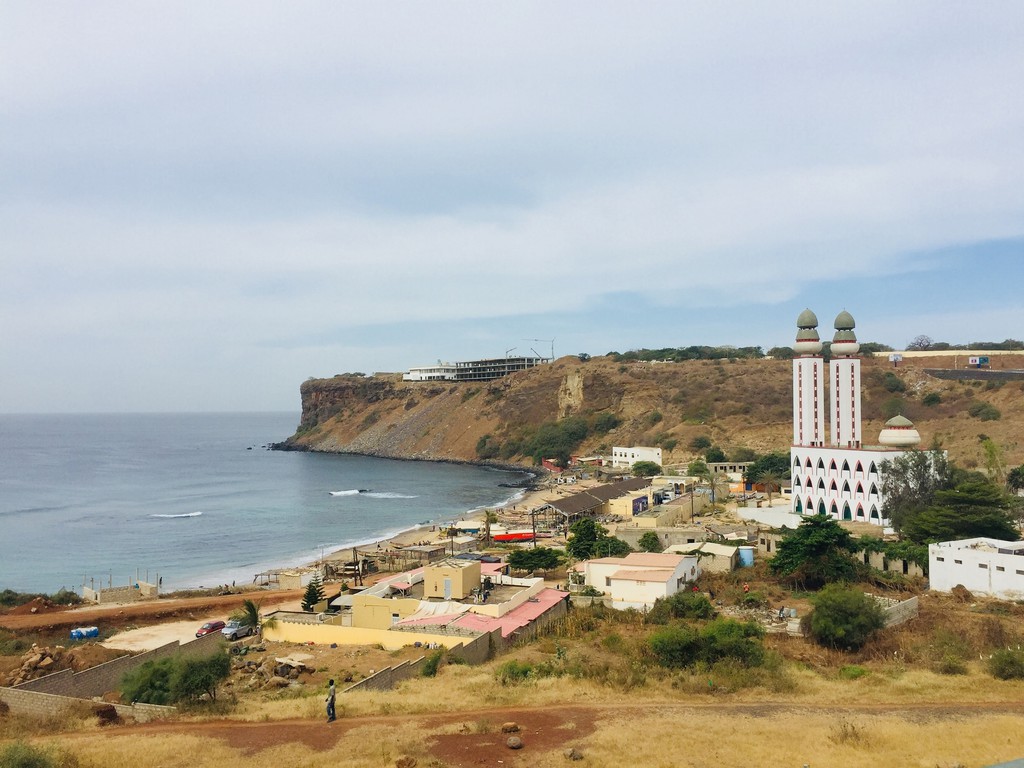 Senegal, and Dakar in particular, is well-known for its religious tolerance, with the majority Muslim and minority Catholic populations living in perfect harmony. As such, Dakar has a rich tapestry of stunning mosques and churches, such as the imposing 3,000 capacity cathedral in Plateau, and the distinctive green dome and four minarets of Mosque El Hadji Omar Al Foutiyou. The jewel in the crown, however, must surely be the Mosque of the Divinity. Uniquely set in a horseshoe cove in Ouakam, its twin towers stare out across the endless Atlantic, while fishermen ward off pelicans from their haul on the beach in front. A must for any visit to Dakar.

Town hop down the Petite Côte 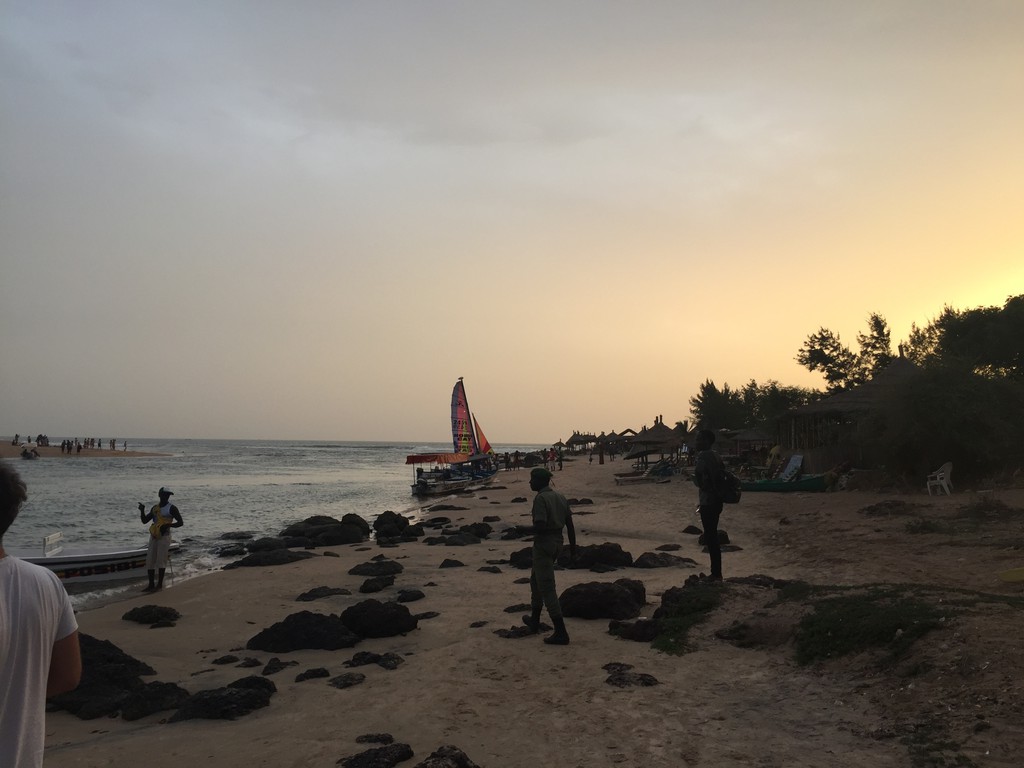 OK, so it’s not technically in Dakar, but a day trip to the Petite Côte (Small Coast) is a terrific way to see what Senegal has to offer without venturing too far from the capital. Encompassing 70 kilometres of unspoilt, golden coastline between the Cap-Vert Peninsula (Dakar) and the Sine-Saloum Delta, the Petite Côte is dotted with distinctive seaside villages. Dine in style on the beach at Popenguine, go oyster hunting on the lagoon in Somone, kick back in the classy resort of Saly, or catch a wave and wander the old town of Toubab Dialao. And given its proximity to the new airport, a day out on the Côte is a great way to unwind before a flight.

Best Things to see and do in Senegal

Best Things to see and do in Senegal

Top 10 Things To Do in Dakar